"Our driveway was so settled that getting into the garage was a struggle. Brett and his team were very responsive, organized, efficient, and respectful of our property. Definitely recommend them!" - Dayna S., Verona, WI

"After considerable research and recommendations from others, I decided to go with Fish Concrete Raising. I was so pleased by the excellent work they did raising the concrete slabs on my driveway that I had them back to also raise come slabs on my sidewalk. The FCR team really cares about the quality of their work and will make sure you are completely satisfied with the outcome. I highly recommend Fish Concrete Raising!" - Bob Lindmeier

"They are professional, prompt, and have the best prices in town!"

"We recently bought our house and one big thing we noticed was the drive way and back patio had sunk quite a bit. The drive way had an approximate 4 inch lip from the drive way to the garage entrance and the back patio had sunken enough that the patio now sloped towards the house. We called several companies to get estimates to mud-jack both the drive way and patio. Brett Fish was the first to call us back and also gave us the best price. Brett came out personally to talk to us about the process, what needed to be done, and how they worked to ensure us a quality job/product. He had a sample of the concrete mixture they used to raise the concrete as well as explained the different methods used by other companies and the difference in materials. They only made ~1 inch holes in the concrete for the raising process. They did a great job both in the drive way and back patio. Brett even recommended how to prolong the life of our drive way (using SL-1 and/or NP-1 caulk in the cracks and gaps) and where to purchase these products. I would HIGHLY recommend Fish Concrete Raising for any job you need done. They are professional, prompt, and have the best prices in town!" - Paige Jany, Fitchburg

"Fish leveled the front step of my house that was badly slumping, guiding rainwater towards the house, and exposing insulation. The step now looks great. The repair was done less than a week after my initial call, and the cost was a good bit less than the other company I contacted." - Richard Nelson, Madison

"It looks a MILLION times better than before!" 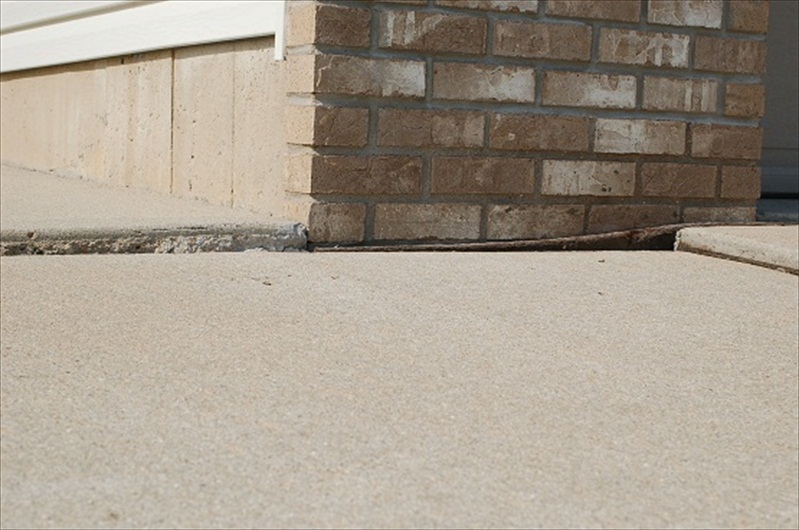 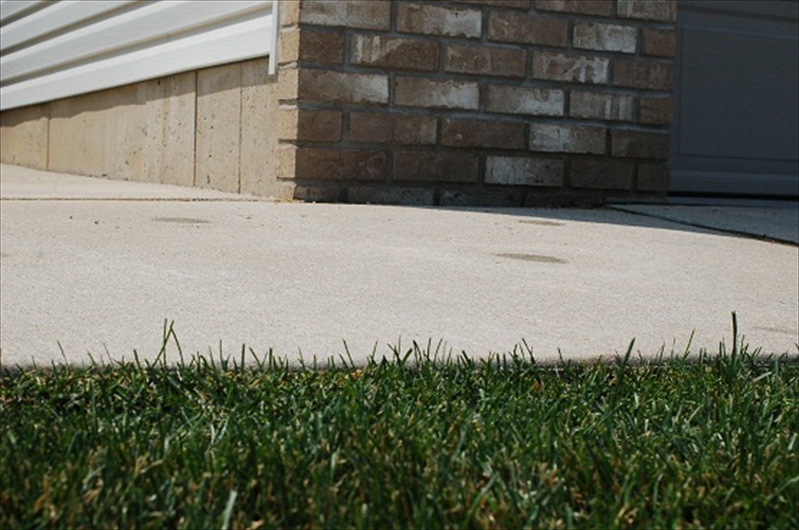 "You cannot miss with this team!"

"Fish Concrete Raising used their injection technique to level our crooked 10 large concrete slab patio perfectly. I could putt on it now! They came to estimate promptly at the promised time and returned to do the work swiftly the next day. They did all the work required to get everything level even though it involved more injections of their magic mud than originally predicted and they did not add to their original estimate. The clean-up and attention to detailing the concrete patches was compulsive. You cannot miss with this team and the price is right." - The Gilberts, Sun Prairie

"Their service was also prompt and efficient!"

"I asked for estimates from three mud jacking companies. Not only was Fish Concrete Raising's estimate the most reasonable, their service was also prompt and efficient. Within a week my sagging sidewalks were like new again. I'm sold on both mud jacking and on Fish raising! The company went well out of their way to provide good service, even to Watertown. Thanks Fish Concrete Raising." - Bruce Meyer, Watertown

"I highly recommend you guys!"

I want to thank you guys for the best job done and the best price around Madison for my patio repair. The patio is so much better now, plus I have the piece of mind knowing the job was done right. I highly recommend you guys. - Jason Scacciaferro

"Work was completed ahead of schedule!"

Was very prompt in returning phone call. Came out and gave a detailed explanation of the work to be done and the cost. Work was completed ahead of schedule and exactly as promised." - Eric Shaw, Waunakee

"They arrived promptly. Brett explained every detail what they were going to do. They finished the job in under 3 hours. I was impressed! They were polite and courteous, and made sure I was happy with the entire job before they left. I will be hiring them again next spring to repair my garage floor and driveway. They were great." - Patti Lillesand, Verona

"They were professional, fast, and friendly."

"We recently moved into a "new" (20 year old house). The driveway by the garage had settled over 3 inches and the front walk from the drive to the front stoop had settled a little as well. I called Fish and Brett came out within the next two days for an estimate. We were still waiting on an estimate from a third company when Brett called back. They were raising concrete at a house two blocks away and wanted to know if we wanted ours done that morning. He came over again and we talked some more about the project. I had originally wanted the whole front walk raised but he said it would he more cost-effective to remove part of the first front walk square and have it repoured instead. This square abutted where we needed the driveway panel raised and the angle would be too extreme to raise easily without having o raise the entire walkway which would be a lot more expensive. They cut the square, broke it up, and hauled it away. Fish doesn't pour concrete but he set me up with a handyman who used to work in concrete and the new square is getting poured tomorrow. They were professional, fast, and friendly. I am happy that the trip hazard is gone and so are my kids. It can be very frustrating working with contractors as sometimes you have to wait forever so I am very happy to be able to move on to my next home improvement project so quickly!" - Elizabeth Annen, Oregon

"I would hire them again for work!"

"Brett Fish owns the company. I am pleased with what they have done. Brett is a type of individual that a customer wants to deal with. His workers do an excellent job. They clean up after themselves. I just can't say enough about his company. They came back and raised our step. They had some problems with that, but they got it finished. It's a great company. Everybody was very professional. They asked me to put a sign out in the yard, and I have had that up for a number of weeks. I have already had a couple of people stop by and talk to me about the company and how I felt with them. So I passed that on. I would hire them again for work if needed." - Ron Brown, Madison

"Brett did a nice job leveling my entry walk!"

"Brett did a nice job leveling my entry walk. It is two series of four and six steps separated by two flat pieces of four and seven feet. The walk was really tipping down the hill. He did a good job of aligning and leveling the walk. Brett arrived when he said he would and finished before the day was out. His crew was great about keeping off all the plants lining the walk and did a super cleanup job. Though the work took longer than he thought it would, the price was his original. I highly recommend his company." - Nancy Welsh, Madison

"It was a really good experience!"

"Overall, it was a really good experience. One thing that I really liked about Brett is that he was very responsive via email or phone. He was always willing to take time to answer questions as well. Very professional and willing to go the extra mile to make sure you had a good experience. I will definitely highly recommend him to friends and neighbors. Brett provided advice on how to maintain the concrete and improve water flow away from the concrete. Website is very helpful as well. Will do business with again when needed." - Michael Crawford, Waunakee

"Called Bret Fish after seeing him at the local home improvement show. He called and made an appointment to provide an estimate. During the estimate appointment he walked me through the work his team would need to do and gave me a written estimate on the spot. A few weeks later, after the frost had finally come out of the ground he called me to ask if his team could do the work the following day. He said they would be there at 9am, The team arrived the following day at 7;45am. A little early, but not an issue. Work was done in a few hours. So nice to have it level with my garage again. Everything was cleaned up and it looks great. Kudos to Bret and his staff. I highly recommend Fish Concrete Raising." - Mark Blume, Waunakee